For six years, Elise was an award winning Senior Photo Art Director for L.L.Bean, traveling nationally and internationally directing photography. But inevitably, the coporate structure limited her creativity. After winning the Manhattan Shorts’ Screenplay contest in 2009 she decided to chase her dreams. She resigned from the corporate stability to give her full attention to screenwriting and filmmaking. But she left LL Bean with a clear understanding of the importance of every photo, which translates to every frame in her films.

She wrote, produced and directed 14 Minutes. It is a trailer to the feature film script that she has written and anxiously awaits the opportunity to direct.

“From the moment Elise Plakke started speaking about 14 Minutes, I could feel the textures, taste the morning air, and see the light bounce off the lake. I couldn't resist becoming part of the project.”

Since graduating from USC School of Cinematic Arts, Alice Brooks has photographed award-winning features, shorts, music videos, and commercials. Her films have premiered theatrically, on video, and at festivals around the world. Alice is currently working with director Jon M. Chu (Step Up 2, Step Up 3D) on Paramount’s The LXD (The Legion of Extraordinary Dancers). The LXD is one of the most ambitious webseries ever produced and consistently ranks in the top ten on hulu.com every week.  She recently worked on Wainy Days (starring Megan Megan Mullany). She just finished her first 3D project with Pace rigs on Arri’s Alexa cameras, Game On, an LXD Presents short which plays before Justin Bieber: Never Say Never. Her previous work includes the award-winning Mulligans and the 2010 official selections at Tribeca Film Festival (Roots in Water, director Domenica Cameron-Scorese) and Cannes Film Festival (The Bake Shop Ghost, director Lorette Bayle).  Up next, Alice is slated to shoot a 3D horror film The Need for Producers Tom Wilhite and Willard Carroll (Playing by Heart, Marigold).

Alice was a guest panelist twice at this year’s Sundance Film Festival 2011. One featuring her cinematic work LXD; The Legion of Extraordinary Dancers shining a light on extraordinary web series. She also spoke as one of the early cinematographers to shoot 3D.

“I was inspired by the challenge of combing through over nine hours of footage in order to best express the character's emotional journey through the course of the film and I wanted to ensure that Elise's script was brought to life in the most compelling way possible".

I have been working in the film and television industry for over 15 years, the last 10 working as an editor. Like many people in this business, I was fascinated with films at a very young age and knew that I would want to one day work in this industry. In 1997, I graduated from Montclair University, where I majored in Communications and minored in Film Studies. After working a few years in television production, I decided to focus on the post production side and went into editing. It was here that I got to be creative in a very hands on way and was hooked ever since. I am currently a staff editor at radical.media in NYC where I work on projects ranging from commercials to web content to episodic television programs.

Cary Brothers is an indie rock singer-songwriter from Los Angeles best known for his song Blue Eyes from the Grammy-winning Garden State Soundtrack. Brothers recently released his second album Under Control, which premiered at #1 on the iTunes Singer-Songwriter Chart. He has had over 60 songs featured in TV shows like Grey's Anatomy, Bones, and the recent hit teen film Easy A in addition to appearances on Jimmy Kimmel Live! and The Late Late Show. He is the co-creator of The Hotel Cafe Tour and has toured worldwide with artists such as Imogen Heap, Sara Bareilles, and The Fray. In the electronic dance music world, Brothers has found success collaborating with DJ Tiesto on a club remix of his song Ride as well as original material for Tiesto's latest collection Kaleidoscope. 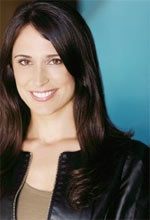 “I was drawn to 14 Minutes’ lead character, Chloe. The opportunity to play a heavily involved emotional role leaving a large territory for one actor to explore. Secondly, this piece is relatable. I've gone through it. I was enjoying reminiscing while reading the script, a guilty pleasure! It’s a heart-wrenching experience. Everyday I see people who haven't had the courage to let go and end up damaging others as a consequence. It’s an important message to share.”

“You can see why I love Jessica. EVERY LINE she says, sounds real. EVERY LINE comes from somewhere.” 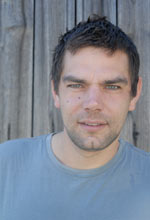 “Meeting Elise and talking in depth about her passion in her script, discussing the role of "Tyler", seeing how organized and prepared she was to shoot, I found it impossible to say no to her.  It was also a welcome change to play a "love" interest, albeit still a dark and intriguing stranger”.

Kip revealed a gift for playing genial American every men, often with an edge. He initially attained high-profile visibility with his depiction of Togo Railey, a basketball player, in Jerry Bruckheimer's inspirational sports drama Glory Road(2006). Kip did an about-face and switched genres with his portrayal of a masked burglar who terrorizes a couple in Bryan Bertino's tense psychological thriller The Strangers (2008). He has been tapped to reprise the role in the upcoming The Strangers 2, set for release in (2011). After several years in Los Angeles, Kip has returned to the northeast, which is where he calls home.